If you're like me and have been around for Star Trek since the days of Captain Kirk, Spock, and tribbles then you'll appreciate how excited I was to see that the Museum of Pop Culture is hosting a Star Trek extravaganza. And before you start calculating my age as older than dirt, please note, I watched it in the early 80s when it was already in re-reuns.

The exhibit has hundreds of pieces of memorabilia as well as video interviews with Gene Rodenberry (the creator), others who worked on the show, and current technology innovators who were influenced by the show. 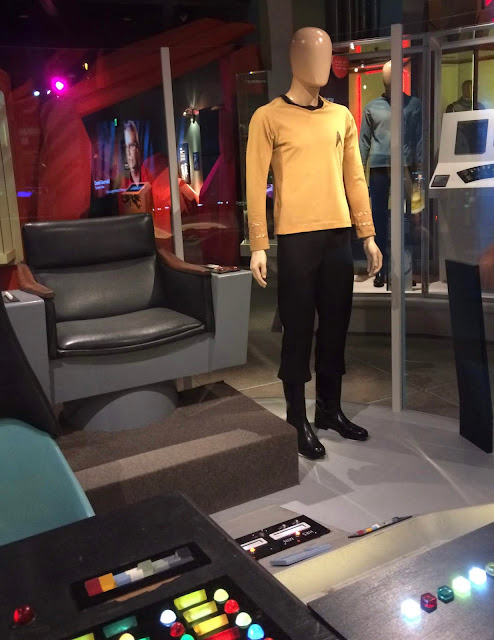 The original Captain Kirk uniform and U.S.S. Enterprise command center. I remember thinking that the captain's chair was so futuristic looking and now I think it's less sexy than my husband's recliner, which lives in the basement.

The second Star Trek movie, The Wrath of Khan, was one of my favorites. A sequel to the episode, Space Seed, it starred Ricardo Montalban and included the death of Spock. And yes, I sobbed. How could you not with lines like:

I guess this completes my nerd certification testing. If not? I owned a copy of this in VHS until recently when I threw out all my videotapes.

The controversy over best Enterprise captain is one that can divide families. I know because my brother is a diehard Kirk fan, whereas I always thought the character was a blowhard and Shatner a really bad actor. Picard is my man. A cerebral captain who never lost his temper. "Make it so" was all he needed to say to get things done.

You didn't think I'd forget VICE ADMIRAL Kathryn Janeway, did you? Neither Kirk or Picard ever achieved that rank so a girl's got to worship her. She was also the only female character to play the lead in any Star Trek television series (Star Trek: Voyager). 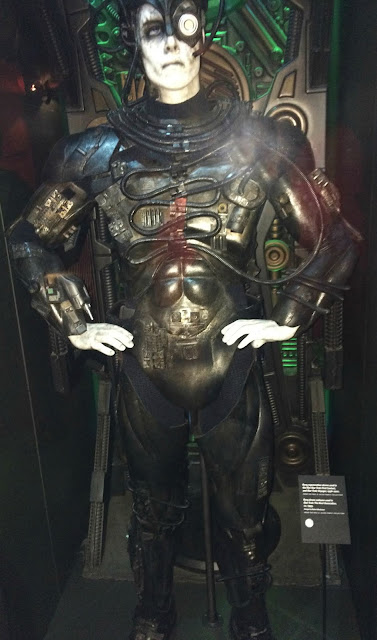 The Borg- one of my favorite group of villains because they were so implacable in their domination. How can you respond to an enemy whose only motto is "Resistance is futile." LOVE it. 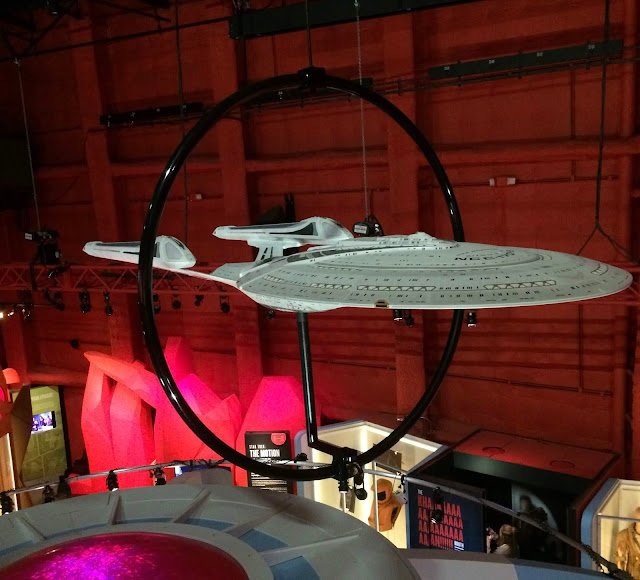 I wouldn't be a Trekkie if I didn't include a shot of  one of the replicas of the U.S.S. Enterprise used while filming the series. 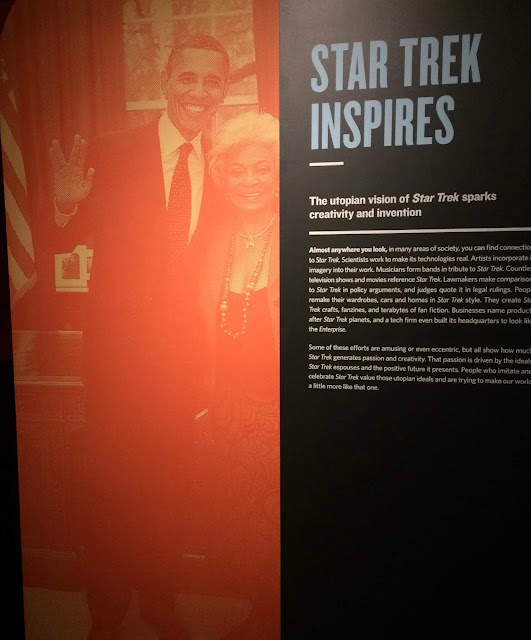 A great example of how far and wide Star Trek spread through American pop culture. A perfect end to a great exhibit and a photograph that made me happy-sad.