Around Seattle: Museum of Pop Culture 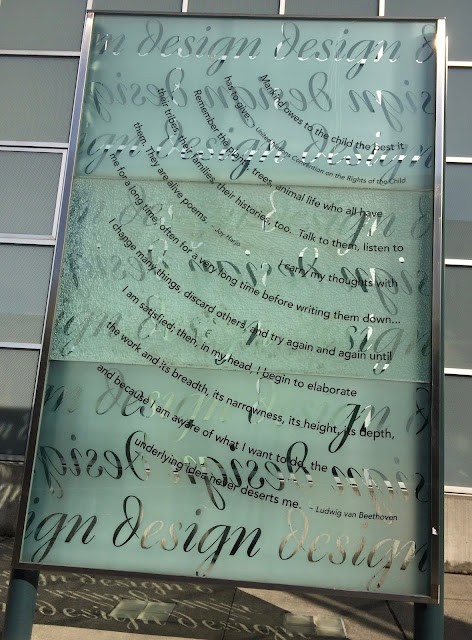 This is just one of several etched glass panels at the entrance to the Seattle Center. A beautiful reminder.


If you're a pop culture junkie like I am then there are few museums more fun than Seattle's Museum of Pop Culture. It's part of the Seattle Center, a great complex that brings together a number of Seattle tourist attractions (the Space Needle, Chihuly Museum) in one easy, walkable location. I visited it with my brother and his family and ended up spending an entire afternoon wandering from exhibit to exhibit. So much to see and listen to- including Michaels Jackson's Thriller video on Imax! 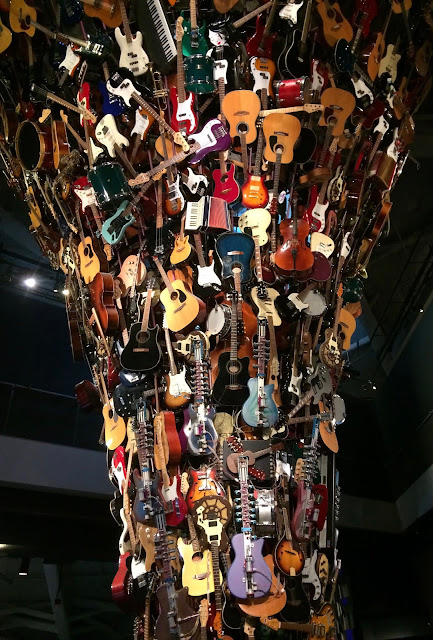 A massive sculpture, a cyclone of guitars, is one of the first things you see when you enter the museum.

You can't have a Seattle pop culture museum without a permanent Nirvana exhibit. An entire musical movement, grunge, was born here and they were at the forefront of the movement. I was still dancing in clubs to techno-pop and dance music and had no idea who they were and never listened to their music at the time. Don't hate.

The exhibit is fascinating, with audio recordings and videos about the very early days of grunge in the PNW and interviews with Nirvana members. Plus, an extensive trove of memorabilia. 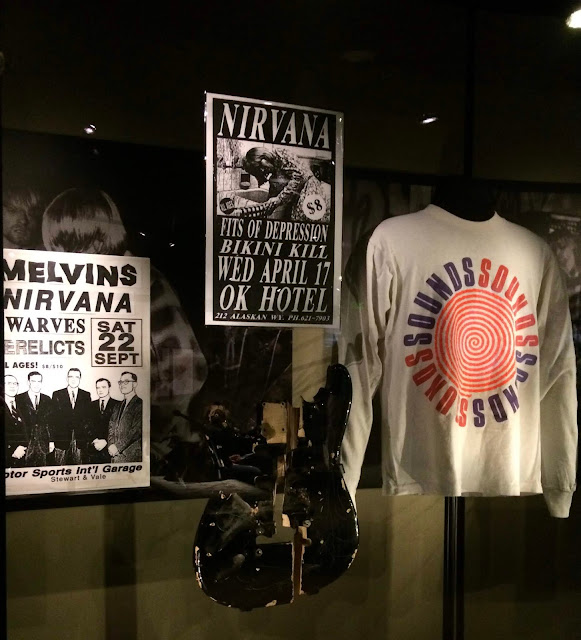 It's hard to see, but in the middle is what's left of one of Kurt Cobain's guitars, smashed to bits during the recording of the song Endless Nameless. 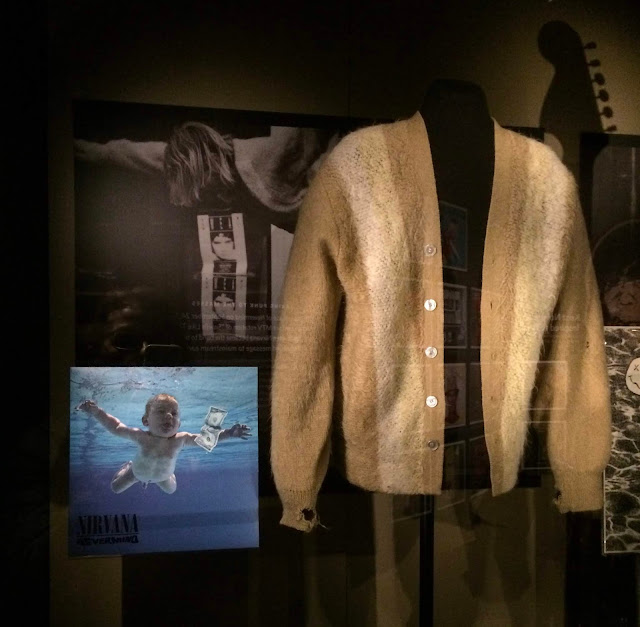 The museum hosts new exhibits all the time. While we were there it was all things science fiction. Another blast from the past with items from old movies and television shows. 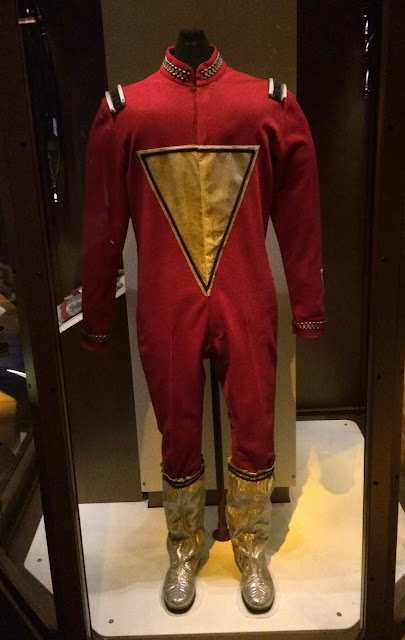 Who could forget Mork from Ork and the Mork and Mindy show? Robin Williams provided so many laughs in this silly sitcom.

Given how the android has evolved and been used in movies now, it's hard to remember just how creepy this guy was. Don't remember? The Terminator. 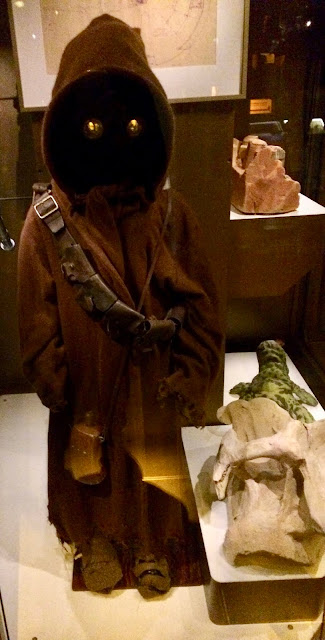 I'll confess- I have NO idea what this is, except that it's from Star Wars. Feel free to enlighten me! 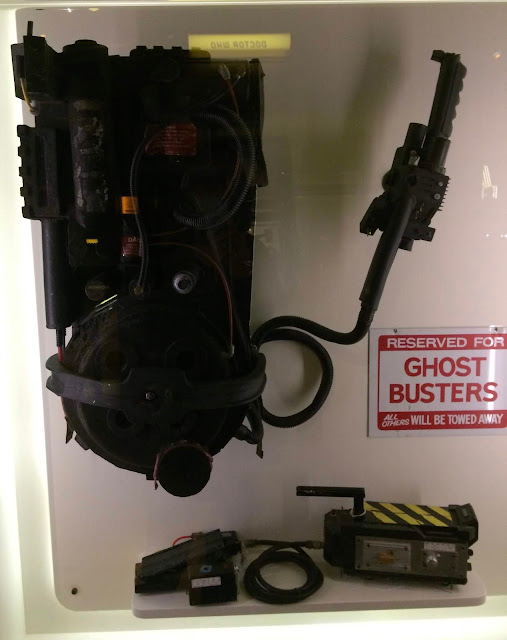 Who didn't love this movie when it came out?! One of the original proton packs used by the ghostbusters.

I get that culture is a wonderful thing and we should have gone to an art museum, but sometimes you just want to laugh and reminisce about 'the good old days'. This exhibit was perfect for that.

Next up? The Star Trek exhibit- which was almost more than this Trekkie could take. Because yes, in the battle between Star Wars and Star Trek, I'm firmly on the Trek side.

places to go pop culture Seattle things to do vacation