January 11, 2018
When you head out on vacation to an island—and not a tropical, island in an exotic locale, mind you, but something more down-to-earth where most people go to kayak, hike, and watch whales, you don’t expect fine dining. Which is why discovering Ælder was one of the best things to happen to J and I since we moved to Washington state four years ago. Our meal there was so good we went back the next night and J is still talking about the experience.

I only found out about Ælder because one of the guidebooks I got from the library raved about a restaurant called Hogstone that had a wood burning brick oven and made fabulous pizzas. I went online and saw that next to Hogstone was another restaurant that was only open Thurs-Sun and specialized in food that was local to the island. What?! It’s one thing to do local mainland, but to base an ongoing menu on just want you can source from an island? It didn’t seem possible or at the very least as if it would be limited. I’m apologizing right now for being so ignorant because the food at Ælder was some of the most creative and outstanding I’ve ever had. 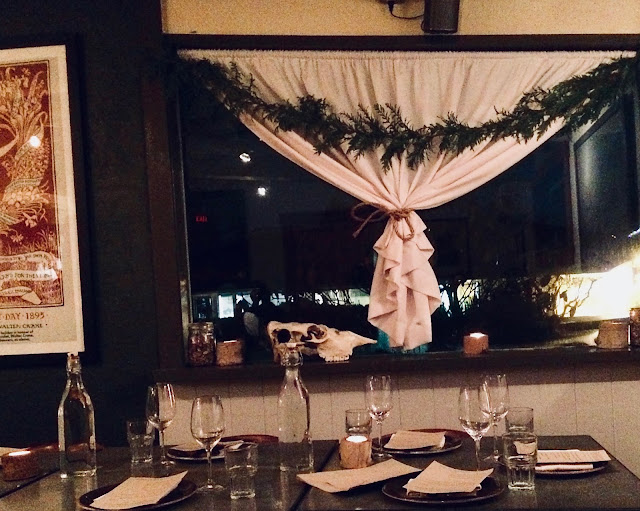 First of all, the space is small, with seating for no more than 30 diners max. The vibe is casual, even if the food is haute, because, as I learned shortly after we were seated the other restaurant, Hogstone, was in the same place. So, some people are there to eat a tasting menu and others have dropped by for a pizza. In a way, it sums up the culinary mission of the restaurant's owner and chef, Jay Blackinton.

Our dinner was a seven course tasting menu, beautifully complemented by an Oregon state Pinot Noir from the Kelley Fox winery. 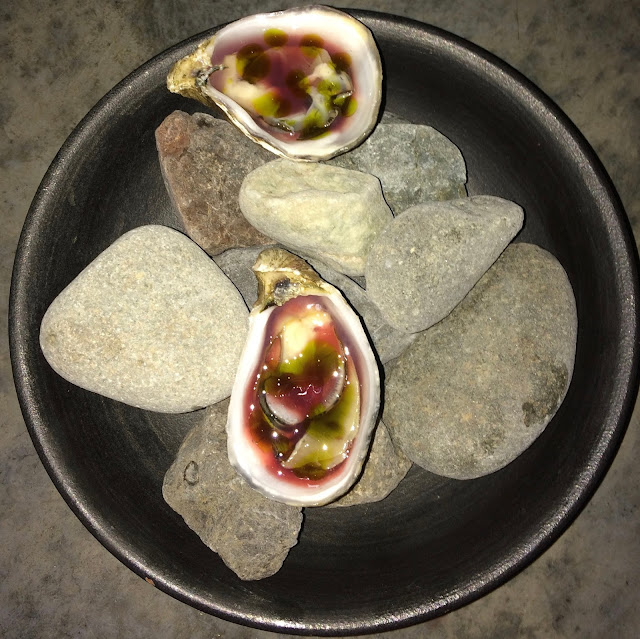 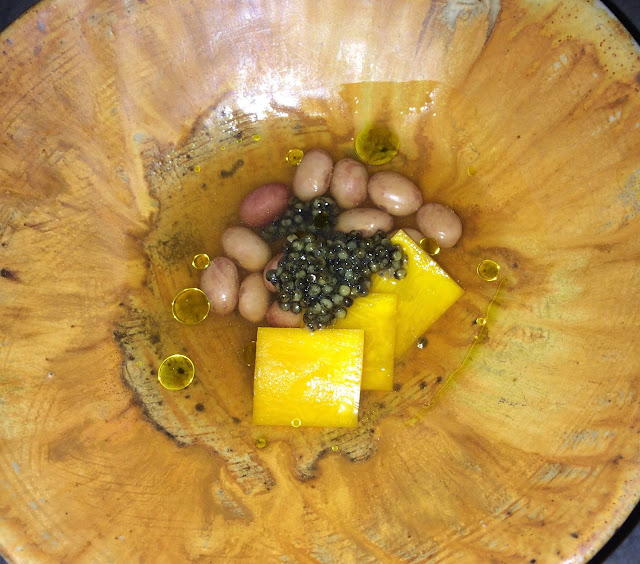 Squash broth with flambo beans, pickled pumpkin squares, and sturgeon roe. The broth was so fresh in combination with the acid of the pickled pumpkin and saltiness of the roe. The flavors blended beautifully. 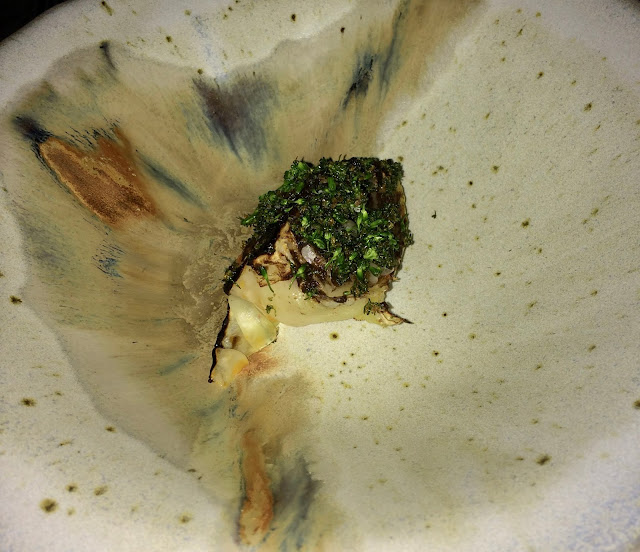 Cabbage that's been poached, then grilled, topped with roasted broccoli florets. Such simple ingredients, but the flavors and textures elevate them. And I don't even like cabbage. 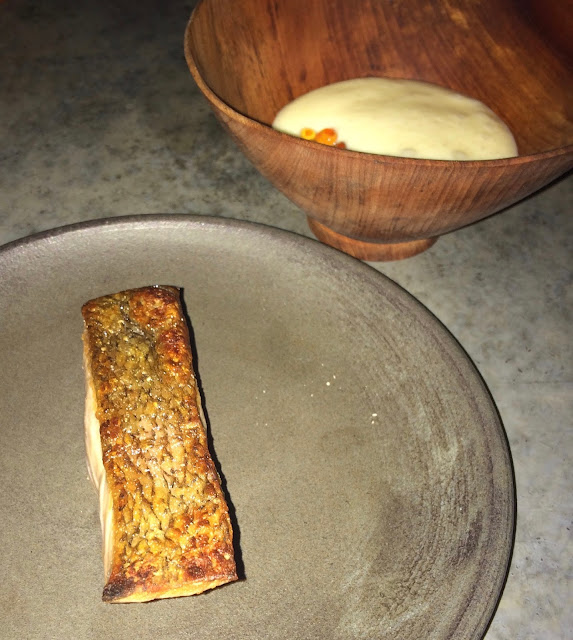 Steelhead trout poached then grilled so that the skin forms a crispy wonderfulness. Served with potato foam with salmon roe. Three ingredients but the way they were prepared was nothing short of  sublime—tender fish, melty potato, and a swift burst of salt from the roe.
I wanted another serving immediately after I finished. 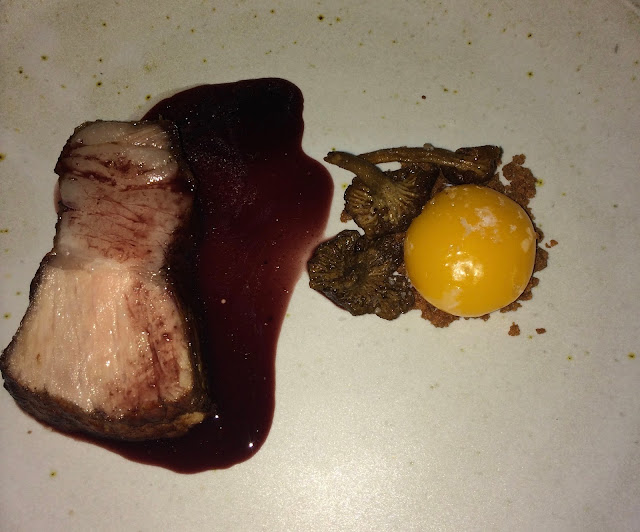 Roasted pork belly with a fermented blueberry sauce and a yolk with broccoli. This was a dish of texture not taste and as such was harder for me to understand. The pork belly was from a hog they killed two weeks ago. The contrast of the chewy meat with the slippery fat was not one I enjoyed. (J thought it was marvelous.) The egg was a marvel.

Those are just the highlights from our extraordinary meal. It wasn't just that the ingredients were so fresh, it's that they were seemingly simple and few, elevated by techniques and flavorings I could never conceive. How could you keep trout so tender with a seared skin? How an egg yolk could be cooked enough to hold its shape on a plate, but be soft inside? Combining the freshness of raw broccoli with roasted bits, salmon skin crumble, fermenting blueberries...the list goes on. Suffice it to say, it was a diner's dream. As J told the hostess, "If you weren't on an island 3 hours away, we'd eat here every week." Yes.


I don't normally apologize for the quality of my photos but the restaurant was dim and every time my phone flashed I felt as if I were intruding one everyone else's meal. Plus, it's almost impossible to visually convey the beauty of this food.
food places to go restaurants reviews things I love travel vacation Washington State