The quickest and easiest way to describe Brown Bear Baking is that I loved it so much if we lived on the island I’d be fat and diabetic. Crazy happy, but unhealthy. It’s a small shop with very limited seating and it was jam packed both times we went in. And still, one of the owners, David, was trying to bring in a kiddie table from outside to give more people seats. He was so friendly and high-energy that you couldn’t help but smile back. Having said that, the noise level from little kids in all states of mind, would have made me batshit crazy. But he was like the calm in the storm. The exuberant calm.

Happy Zen attitude aside, David was also pitching all the many delights the bakery had that day. Not that he had to pitch hard. Just one look was all I needed to know this place and I were going to be best friends. J was more embarrassed then anything mainly because I grabbed his arm and squealed, "Kouign Amann, Kouign Amman!! Just like in the Great British Baking Show. No one makes that!" OK, so I may watch too much food television. 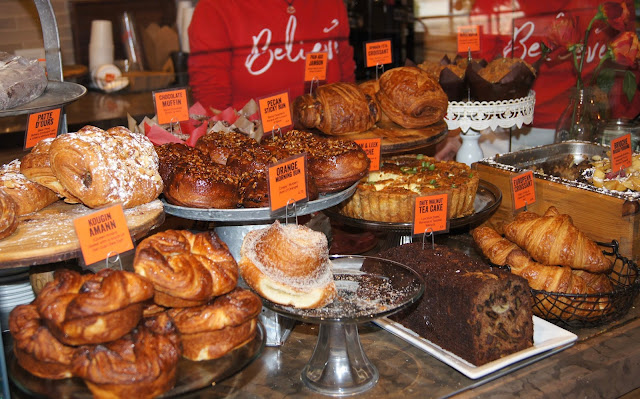 As you can see there is no chance of picking just one item when you go in. Everything looks delicious and is delicious.


I put my pastry lust on hold because we were there for lunch and the smells coming from the open kitchen were making me insanely hungry. I finally settled on a Niman Ranch ham sandwich with apple slices, cheese and apple butter. 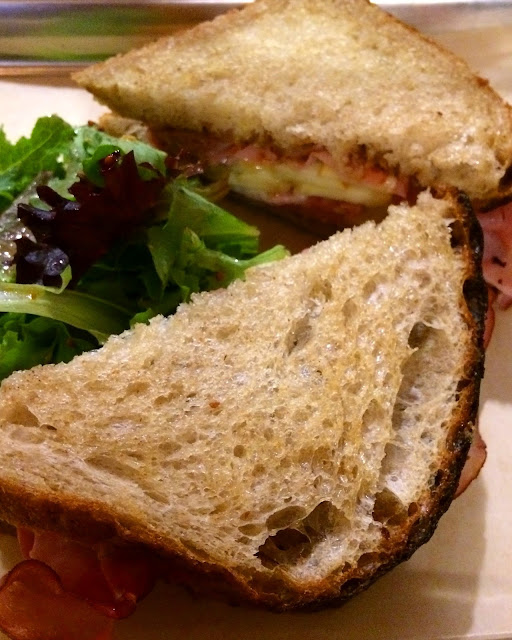 I'm coming off as all hyperbolic, but this sandwich was insane. Lightly grilled, salty with a tart apple crunch, velvety cheese, apple butter, and something so faint, but perfect...cinnamon. Never did I think  I would eat a sandwich with cinnamon but it was outstanding.

Once again, I’m going to come off as having a crush on a food place, but, honestly, this is one of the best bakeries I’ve ever been in. In two visits we bought and fell in love with their croissants, lemon tart, and raspberry brioche bread pudding (I almost wept at how good this was). The picture of the sandwich is on my vision board- I hope to manifest it coming into my life EVERY.DAY.

That's it for Orcas Island food. Please head to the island for vacation and go to these wonderful places so I can live vicariously through you!
baking food places to go restaurants sweets vacation Washington State