That would be the appropriate response IF we were moving in and the house was finished and I never had to talk to the contractor again. Unfortunately, that is a fantasy that I will not get to live. Instead, the only battle I'm trying to win is to have the old toilet downstairs which has been used by the construction crew during the entire renovation removed and replaced with the new toilet we bought. And I'm not even sure I'm going to win that one. So, to hope that we would have a refrigerator seems foolhardy on my part. Instead, we just throw away all the food we currently have and live at McDonalds until we've been deemed worthy of a fridge of our own.

Sensing a little sarcasm here? I'm not going to harp again about deadlines and the fact that we made ours clear back in January but WE DID. And in his last timeline, our contractor was meeting that deadline (at least for the important stuff). Then yesterday when I went to the house there was no progress and no explanation. All of the rooms should have been painted so the final stain could go on the floors and be dry by the weekend (so we could move over everything we're doing ourselves) and the base cabinets installed in the kitchen so the template for the countertops could be cut. Later I hear from the contractor that the floors won't be stained until Saturday. When pressed for a reason why I got no real answers and how hard do you want to push when you are dependent on these people?

This leaves me in uber-bitch mode and popping Klonopin like it's Pez to try and keep my brain from exploding. Until it does, here are some things that have happened: 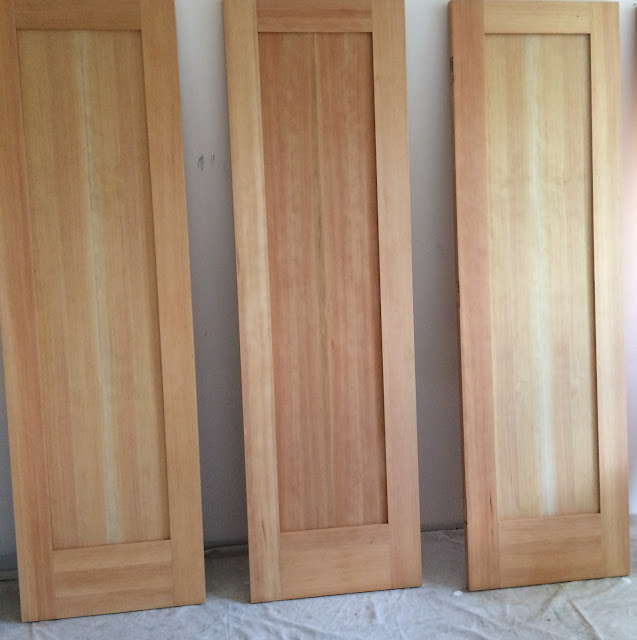 These are our interior doors. They're fir and rather than have them stained we're leaving them the natural color, oiling them and then a clear coat. Fir is a wood that darkens in sunlight so within six months they will have deepened to a wonderful reddish-brown. 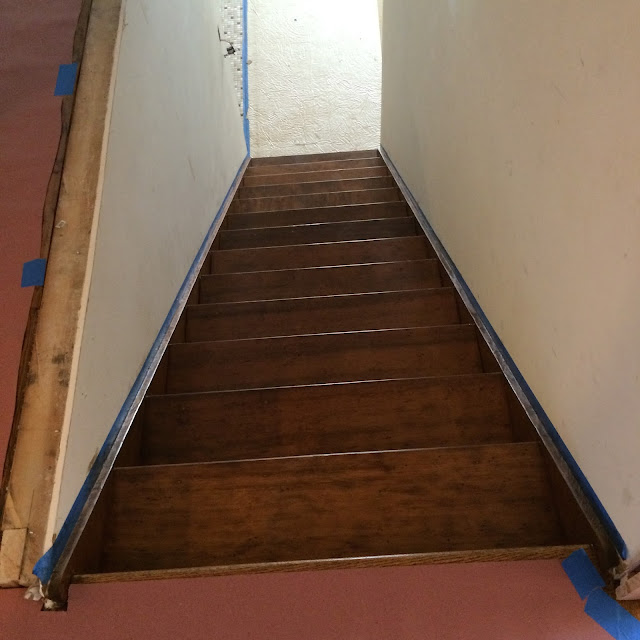 This is the first coat of stain on the stair to the basement. They are the original stairs and are fir unlike the rest of the floors which are oak but I love the dark look of them. 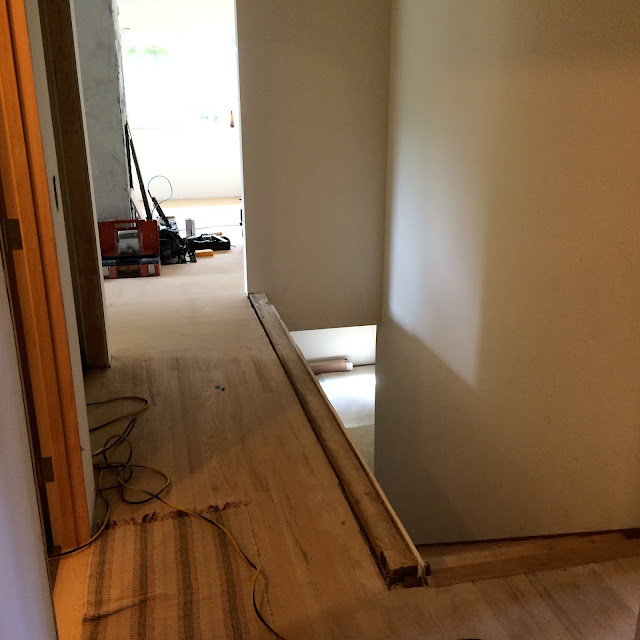 This is the hallway minus the wall that use to run along the stairs. It cut off the light so we're replacing it with a more modern fir, brushed stainless steel and cable railing. 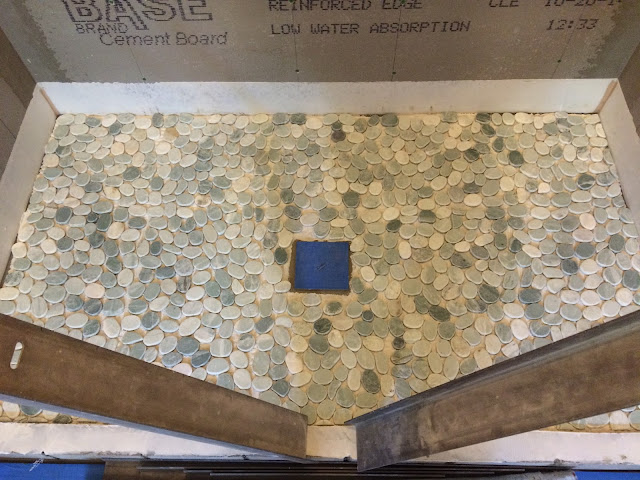 Woo hoo! Our fun pebble tile is in the master shower. I am so happy with the look. I can't wait to see how the colors pop when they're wet.

If there is progress to report I may be back on Friday. If not, you may not hear from me until after we've moved out of the rental house- which is on Monday. If you've got an in with the housing renovation gods (or any other deity with good taste) please, ask that the rest of this remodel goes as planned, on time, and with no more additional expenses. PLEASE!
bathroom flooring home midcentury renovation Seattle