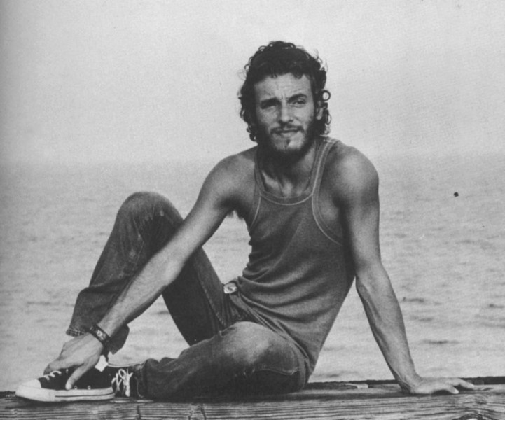 It was not the most illustrious beginning to a love story.


“The Boss? Who is that?” Sigh. Yes, I said it but please understand I was an 18 year old who had grown up largely in the wild west of . What we counted as music didn’t count at all. It was only upon reaching college (and getting a boyfriend who was a bona fide Springsteen freak) that I began to learn about this man who made such amazing music. How could such a powerful voice come from that scrawny body? Suffice to say that my initial feelings were solely to remain close to my true love, my boyfriend. However, as that proved ephemeral and damaging I began listening to the Boss to see how he could help. Soon it was he and I together and Bill was a thing of the past. I amassed 5 of his Rolling Stones covers, a concert poster from the Stone Pony, and while living in camped out over night in a supermarket parking lot waiting for tickets to his Born in the concert to go on sale. Floor seats, 15 rows back, baby! At one point, several members of his crew came out into the audience with backstage passes and I not only hurdled two rows of folding chairs but nearly dislocated a friend’s arm by pulling her along. She was just slow enough that the last ticket went to some slut right in front of me as my fingers were closing around it. The crew dude shrugged but there were no more. Needless to say that girl and I did not remain friends for much longer after that.


There were all the albums and boxed sets (remember those days?) but my love for Bruce was sealed on my 21st birthday. He was appearing at Red Rocks amphitheatre- the iconic concert venue. I had gotten 3 tickets for myself and my two besties. Red Rocks is festival seating so we would need to arrive at 6am to start standing in line before they started letting people in at noon. This time, while I knew I was not likely to score anything backstage I was determined to get photos despite the staff at Red Rocks (and Springsteen himself) being notoriously hard-assed about unauthorized photos or recordings. We were allowed to take in a cooler but no glass so I hollowed out the Styrofoam bottom and put the baggie wrapped body of my Pentax in there then re-covered it and packed ice, food, and drinks on top. The only lens I needed was my telephoto and as security has not yet reached the stage of strip search or x-ray I had my VERY well endowed friend Ro conceal it between her breasts in her bra. In fact, I was so worried it would fall out I made her duct tape it to her skin. I duct taped 3 rolls of film to the inside of my ankle.


As they started letting us in my heart was pounding but with thousands of ticket holders and our scrubbed face college girl cuteness we had no issues. The larger problem once we scored great seats was what to do with ourselves for the 7 hours until the concert began. There is only so much Frisbee one can play and by that stage of life we were all wise to ways of alcohol pacing and so drank only water for most of the day. We were able to get pleasantly high by the massive amount of weed being smoked in all directions so that was a freebie. I need some kind of mellowing influence because the ONLY thing being played on the sound system was Pink Floyd’s The Wall, of which I am not a fan.


Finally,6pm it was time for a warm up band and sound check. The crowd was settling in and we were enjoying icy Jack Daniels and lemonade (yes, mixed together, don’t ask me why). A lone figure came out to the main mike in a red flannel shirt and jeans and without completely knowing why I began screaming, much to the confusion of everyone around me. “It’s him, It’s him!!!” and it was. He stepped up to the mike and said, “Hello, I’m Bruce Springsteen and I thought we’d do the sound check and warm up as opposed to having another band out here." Now everyone was freaking out- except for the woman in front of us who had so over indulged in both weed and booze and no food that she had thrown up and passed out almost simultaneously.


The sun was setting so I unpacked the camera and got to work. I made it all the way to the front 5 rows and began snapping what seemed to be unbelievable photos. My only concern was that I had not brought a flash as I thought it too easy a way to get caught so I was using very high speed film which would likely compromise the quality a bit. I had the time of my life at the most amazing concert ever (they played straight from 7pm to midnight) and got 3 rolls of some stellar shots of Bruce, Little Steven, and the Big Man (R.I.P.- which does not even seem possible).


It was the best coming of age birthday ever despite poor MaryAnn throwing up convulsively from too much Jack and not enough lemonade, being hit on by a lesbian in the ladies room (which I did not even fully understand was happening), and after streaming out to the parking lot realizing that my lights had been on since 6am and the car was stone cold dead. Cute was no help then as everyone wanted to get home and no one had jumper cables or would stop. I finally made my way to the backstage area and began banging on doors. It would be a great story if I could say that I met Bruce and he helped out but he was long gone and the best I got was a tired guy who said I could use the phone (way before cell phones, folks). I had to call my parents (great) and they had to call AAA to come give us a jump. All told it took two hours with poor MaryAnn groaning in the back of the car and Ro and I jumping around and screaming Springsteen lyrics. BEST. BIRTHDAY. EVER. (Hey, it wasn’t me yakking in the bushes, I know about pacing).


So, Bruce, even though I'm a week late, happy birthday--you are still a god. At 63 you’re looking better than ever and even though I do not understand the Patty Scialfa marriage thing, I respect you anyway. Candy’s Room? One of my all-time favorites. 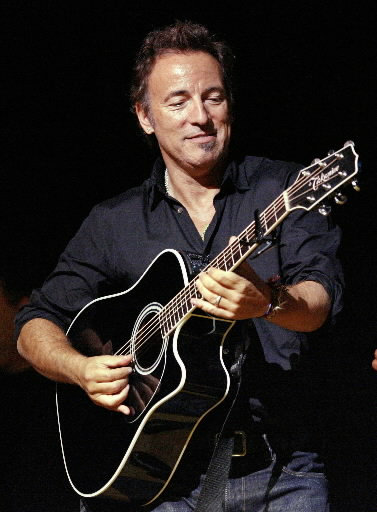 *This is a repost from last year but it still makes me laugh and I still missed his birthday by a week. Oy﻿
celebrities life music