April 28, 2012
The last 16 months have not been easy for but I take pride in the fact that a trained mental health professional recently pronounced, “You’re doing really well. I thought you’d be bat shit by now.” High praise indeed. I’ve: meditated, networked, revised, reviewed, connected, stayed open, looked on the situation as an opportunity not a problem, finessed, listened, updated, smiled, made calls, joined groups, breathed deeply, believed. Unfortunately, the veneer is wearing thin as evidenced in some of my recent posts. I’m afraid I’m backsliding into emotions that should have come and gone by now, namely anger. Lots of it.


How is it manifesting? Initially, against inanimate objects. Showering apparently has a lot of anger triggers. For instance, aside from ripping me off, why is this Dove bath wash designed in such a way that it cannot be rested upside down to get to the majority of body wash for which you friggin’ paid? And Vaseline Intensive Care? You are working my last nerve. This bottle is half full but the whole tube/pump concept is bullshit. It rests on the bottom in one location and once it can no longer get lotion in that spot it ceases to function. And just like Dove it is designed in such a way that you can’t rest it upside down to get to the lotion. Honestly, personal care product manufacturers, why are you f’ing with us? It cannot require an advanced degree to make containers that allow the consumer to get every drop of the product they purchased.  Do the right thing before someone gets hurt. Driving. Apparently, the rest of humanity has evolved to the point that they have telepathy and so the majority of drivers don’t need to use their turn signals because everyone knows what they’re going to do. I’m not evolved and so will honk and flip you off when you stop dead in front of me to make a left turn across a double yellow line. I may even follow you to your house and beat you with tire iron. How’s that for evolved? And if for some reason you’re so special that you can park your car over the white parking lines, not between them, then you need to know that I’m so special you may come out to your car to find You Suck keyed on the side of your vehicle. Could happen. 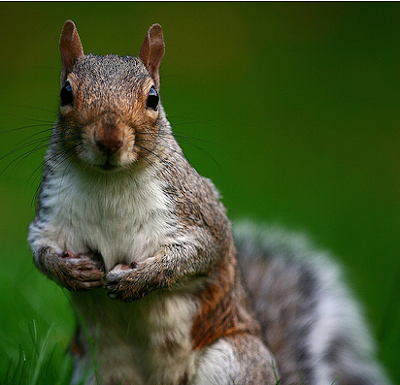 The animal world. This overlaps with driving in that I used to b a compassionate person with a natural aversion to hitting any creature frozen in the road. I’m still there but if you, Mr. Squirrel, decide to run halfway across the road and then stop to look at me as if remembering that you really wanted to be back on the other side, I will flatten you. And crows? No deals there. I drive directly at them. They’re Satan with wings.

As you’re probably dialing the animal safety and DMV hotlines by now I’ll stop. Also because I’m pretty sure I’m about to burst a blood vessel in my forehead. And I’m not even warmed up.