The Unemployment Diaries- The Three As 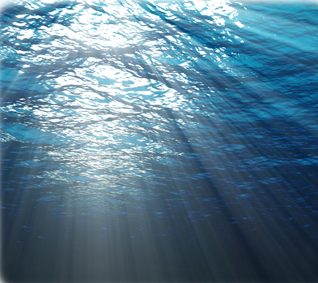 I’m neither psychologist nor sociologist but there are stages to unemployment. As I’m too lazy to do the research let’s just go with mine because who really cares about anyone else. Besides you’re not reading this blog for its factual accuracy, right?
First there was Anger and plenty of it to go around. Thankfully, that didn’t last too long because it gets tiring and alienates you from a lot of people (mostly because you’re not that fun to hang out with). At some point it fades and Apathy moves in. With the economic situation as it has been if you’ve been without a job for more than a year and are not feeling apathetic then you’ve got great pharmaceuticals (and the healthcare to pay for them- go you!). It can’t be bypassed when you’re crafting hundreds of cover letters and rewriting your resume to perfectly suit each opening and then hearing nothing back. Job hunting is brutally dehumanizing. YOU. ’T. EXIST. At some point, it becomes easier to phone in the application process and check out emotionally. And even, eventually, stop trying at all.
Recently, with the help of some new age spiritual leaders and a consistent meditation practice, I reached that most elusive of states (for highly strung type A personalities): Acceptance. This is a very difficult concept for me because it smacks of the above-mentioned apathy and worse, laziness. If something bad happens to you, just accept it? No. You fight for what you want and against what you don’t want. Action must be taken. But like so many of the beliefs I have held dear for most of my adult life being unemployed has knocked this one on its ass.
Imagine my surprise when, during a recent walk, I realized ‘I’m unemployed and I may never be employed in the traditional sense again.’ My stomach didn’t clench nor did I get that cotton-ball-stuffed-into-the-base-of-my-throat feeling. No euphoric rush, no Oprah “AHA moment” (don’t get me started) just a simple feeling of well-being. Completely bizarre in my world but I went with it. In fact, I’ve been testing it at various points in the last few weeks; feeling acceptance when things went well and when they didn’t. It’s kind of invigorating.
Which is why it can’t last. To truly embrace acceptance you have to understand that it’s a moving target. You don’t get to say ‘I accept this’ and be done. There is no goal because one of the things you have to accept in life (so I’ve been told) is that change and uncertainty are the only constants. So…what is the point in accepting your situation? It’s going to change anyway. And if all is uncertain than how can you be certain of your acceptance? Maybe you’re only partially accepting while all the while truly hoping that the current shit hurries up and goes away so the good stuff can begin. Or your acceptance of the current situation makes you less inclined for certain life changes (I'm all right being unemployed and want only a part-time job).
It’s at this point, I remember why I flunked out of philosophy class. This kind of world view makes my ears bleed. I think I get it and I feel the bliss but no, hang on, it’s gone. Acceptance is one slippery bugger. It’s unlikely I’ll get my hands, much less my mind, around it anytime again in this lifetime.

Does this mean I have to go back to the beginning with anger? Because I'm too tired to manage it.
life thoughts unemployment