March 23, 2012
Today we have sun not snow and it is Friday so I’m going to wrap up my review of the spring collections (such as it was) with those pieces that are burned onto my retinas. If I have to suffer everyone has to suffer. Plus, it will make you laugh and let you feel superior to all those silly people in who think fashion is so important. 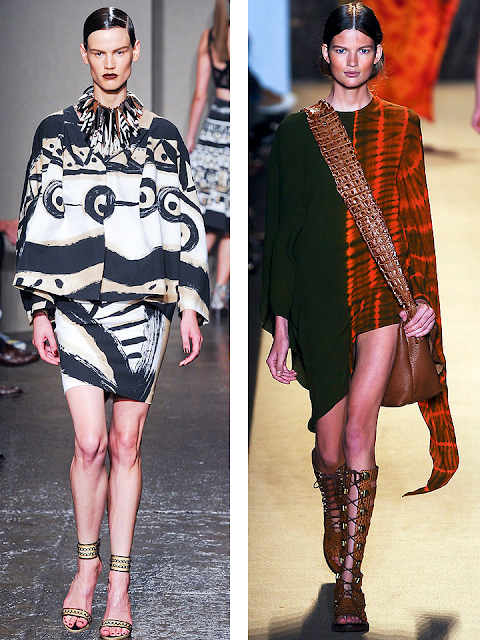 I’m opening with two of my favorite designers from fall Donna Karan and Michael Kors, mostly because I feel betrayed. Their fall collections were so fabulous and spring was…a train wreck. Apparently, this is their nod to ‘native’ but if I were a native I’d be mighty angry. These dresses look like something thrown together at the last minute but first year design students. Not good in any way. 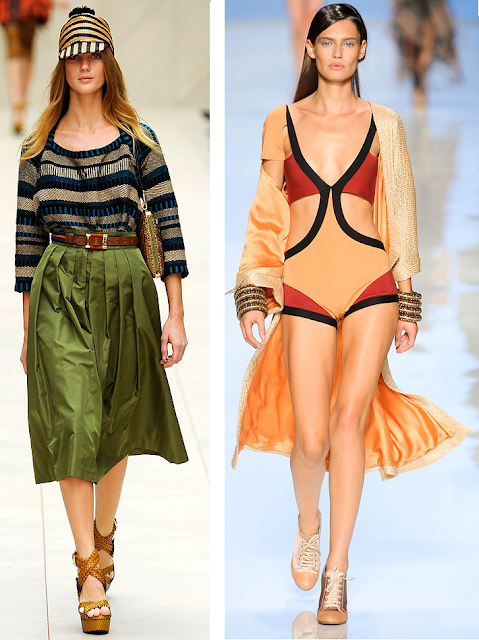 To call these two looks unflattering is an understatement. Burberry is supposed to be the epitome of young, hip chic but this screams thrift shop hippie. With all the pleats and grandma length the skirt won’t work unless you’re anorexic and short and belting the flour sack top isn’t fooling anyone into thinking ‘I want to buy this’.
I think this is a swimsuit but the demographic leaves me baffled. The color and shape won’t work on anyone. They don’t even work on the model and she’s trying really hard. 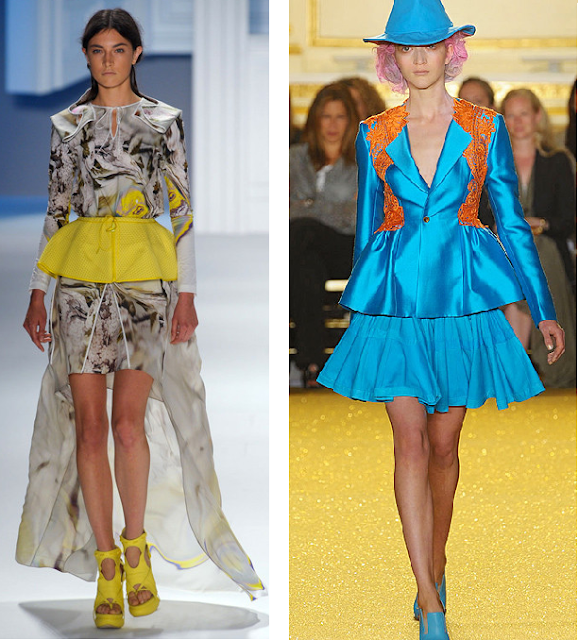 I’ve got nothing here. Hideous colors and the forced return of the peplum. No idea what Vera Wang (left) was thinking because she’s a woman and should know better but Thakoon (right) might have thought he was designing costumes for Effie Trinket in the Hunger Games. I’m being nice but that’s it. 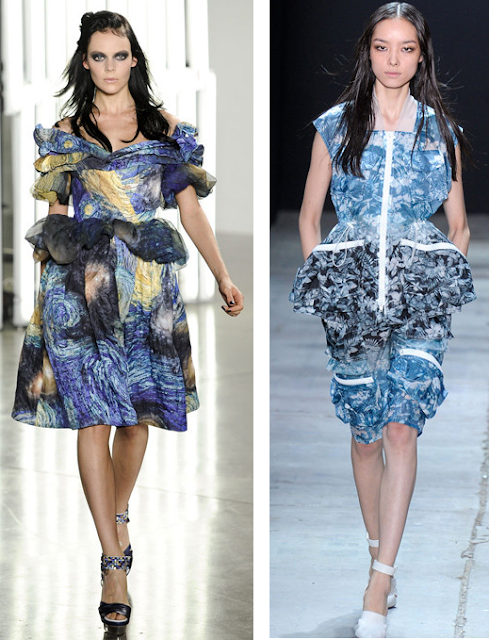 There is nothing women love more than lots of fabric bunched around their hips and thighs because we all LOVE our hips and thighs. Thanks then to Rodarte (you’re women, shame on you) and Alexander Wang. 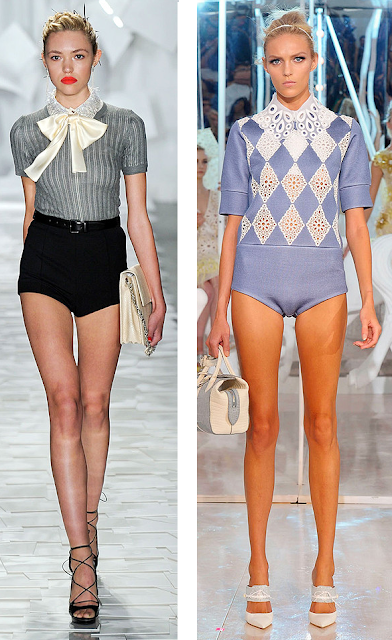 And to close…men who hate their mothers. Because only the most primal hatred of women would make a designer think that infantilizing and humiliating them in looks that I wouldn’t wear UNDER a real outfit is chic. And the models are furious. Yes, they often have that hard stare look due to a diet of cigarettes and Diet Coke but this is royally pissed off. Wrong on so many levels.


There you go, what not to look for in stores. Because it feels wrong to leave on a negative note (even though fashion spring has been as annoying as weather spring) I’ll be back with some realistic picks for spring.
clothes designers fashion reviews Spring 2012