February 10, 2012
Last night was a bittersweet one. J and I went out to dinner with our friends Mark and Michael. I have known Mark for over 25 years. Knowing that he and Michael lived in made it seem that much more fortuitous that we land here.


Mark and I met in where we both worked for a department store called Rich’s. I was an assistant buyer in Young Men’s Bottoms (no joke that’s what it’s called) and he was a department manager in Young Men’s. I don’t even remember how our first date came about but we ended meeting at a pizza restaurant called Camille’s. The pizza  I remember as well as the fact that by the end of the night I felt compelled to show Mark the contents of the trunk of my car to see if he wanted a TV I no longer needed. I also offered him what was a bridesmaid’s dress I had hung onto for far too long. Basically, it was love at first sight.
What followed were months of hours long phone calls daily, crashing any social event we could find that served booze, dancing and more dancing. Months turned into years and we were so close that for a time we thought we might be romantically involved- until we kind of realized Mark was gay. People, this was the early eighties and we were very young so it’s not as weird as it sounds. The fact that we never had a physical relationship only made it seem more romantic. He loved me for me not for sex! Looking back that is kind of fucked up but hey, I was naïve and I did love him so much.
I won’t go through the entire timeline of our friendship but I moved to NYC and onward from there so we came in and out of phone contact with each other over the years but no real visits. The quantity of contact didn’t matter it was always quality. Reconnecting in felt like fate and the closing of a precious circle.
Now Mark is moving to Dallas. As someone who views as one step above hell this is hard for me to understand but friendship is not always about understanding- it’s about acceptance. I accept he’s leaving and that he’s very happy about the new job he’s moving into.
Despite all the technology that allows us to stay in touch my missing him will be fierce. This blog would not likely exist if it weren’t for Mark’s nagging belief in my ability to write. He simply would not let go and in fact I’m still falling short because he’s sure I’ve got a novel in me. Basically, he is one of those people who believe in you more than you do and that is a fine and rare thing.

I love you, ma petit chou, and I always will. I wish you all the best and will miss you lots. It’s not likely we’ll meet in but maybe we can find a nice spa between here and there.
Your always adoring, 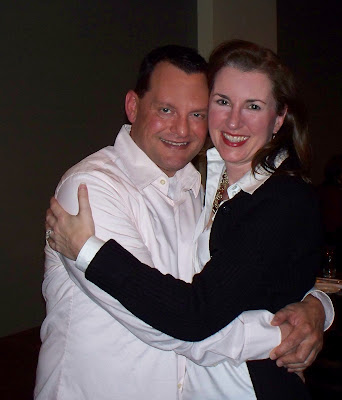