Inventing the Rest of Our Lives 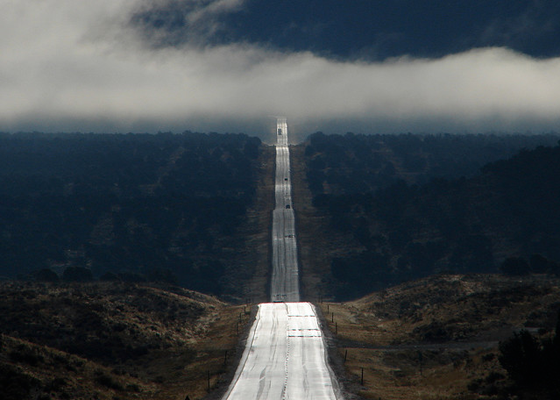 
You may be aware that I recently turned 50 as, of course, I wrote about it. What I didn’t write about was the fear and trepidation I felt leading up to the big day. Who am I kidding? I was depressed. As in talk to a therapist, cry to my mother depressed. Part of it was to do with the basic facts of my life right now: unemployed in the worst economy of our lifetime with no prospects despite having worked for a master’s degree and having 15 years experience in my field. My brothers are highly successful as was my father so the feeling of overwhelming failure (LOSER) was a huge factor. Rationally I could see this but coupled with the fact that this birthday indicated I was heading into the back nine and had less life left to live than more made it emotionally difficult. I struggled for weeks beforehand, growing increasingly despondent (and not about the fact that the skin on my neck looks odd from certain angles) but about what was my purpose? Why was I even on the planet? What I was going to do with the time that was left?

It was synchronicity then that during my volunteer work at the library I saw Suzanne Braun Levine’s Inventing the Rest of Our Lives: Women in Second Adulthood. I brought it home and upon reading the first section Getting to What Matters: Letting Go and Saying No I felt as if I had slipped into a warm bath and met an old friend. Not at the same time, of course, because that would be awkward. Levine’s premise is that at fifty we’ve completed the first 25 years of adulthood and are ready to jump off into the second 25 (second adulthood). The two journeys are fundamentally different. As she puts it, “You’re not who you were, only older.” YES. YES. YES. This would be the first of many times when reading this book that I felt finally someone got it. Not just friendly sympathy but someone who had already been there and could help me figure out what lay ahead.

Levine divides entering this stage of life into four phases. In the first she invokes words like discombobulated, confusion, out-of-character behavior and says they’re not only normal, they’re to be expected. The complete inability I felt to answer even the most basic life questions- who am I? why am I here?- were simply signs that the shift of who I was to who I will be had already begun. I am different now and as I accept and embrace that feeling I move into what Levine calls the Fertile Void, the place of floating rather than falling. Life still feels like a muddled brew with no recipe but I’m becoming aware of the ingredients I want to use and what I no longer like. A new recipe for a new me is there but how to put it all together is still unknown. This is freeing and terrifying, namely because it impacts my feelings about work, one of the key ways I’ve always identified myself.

Again, Levine is reassuring. She states that even women for whom work is paramount find their priorities shifting. Ambition becomes less important than self-fulfillment while achievement replaces success. I understand this but would feel much better if I were established in a career and in a position to negotiate change. As a job seeker who needs a paycheck my options are much more limited. This will continue to be a struggle but at least I know my feelings of wanting to do something different and more attuned to me are not unusual.

Recalibration is taking the discoveries of the Fertile Void and fine tuning them. It’s renegotiating priorities and relationships. As we find self-knowledge and self-determination the confusion and out-of-character behavior subsides, leaving us with a clearer mind and answers for the questions. Then we can make peace and take charge, the final phase of negotiating second adulthood. This is where thought becomes action and those things that do not serve us are jettisoned. Insofar as how my gut feels when I’m faced with something that I now know is not right for me, I’m there. I can even say no, which has not always been possible.
It is comforting that at no point does Levine offer a timeline. Each of us is different and will approach this change at our own pace. There is no way (or reason) to get through it more quickly. In fact, “getting through it” is not the purpose anymore than it is the purpose of life. Easier to write than live because I have control issues and I’ve always been a destination gal. As Levine herself says, “We can ride the spiral but we cannot harness it.” This means settling into the discomfort, knowing it will pass, taking deep slow breaths, and staying open to that which is not yet known inside us.