I’ve already written about a farmers’ market here in but what I may not have mentioned is there is one in a different location every day of the week. So, you can have your favorite but if you miss that day you still have six other markets to choose from the rest of the week. This weekend J and I visited the Hillsdale market. Hillsdale is neighborhood southwest of old, charming, and a bit eclectic. Very different crowd from . Lots of men in floppy sunhats, loud talkers, kind of eccentric. 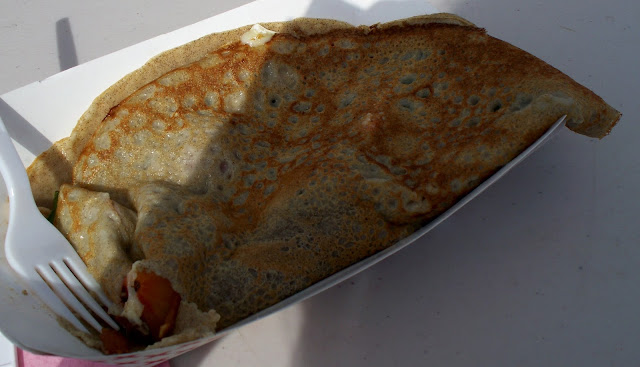 This market is half the size of but it was fun because the food vendors were different as were a number of the farmers. I continued pursuit of crepes by going to Savory et Sweet. They had buckwheat crepes which is a nice change of flavor. I had the bacon, brie, and tomato which was interesting but not my favorite. The tomatoes were so juicy it made the crepe very soggy- not a good thing. J got an amazing pulled chicken tamale that he wouldn’t share which means it was really good. 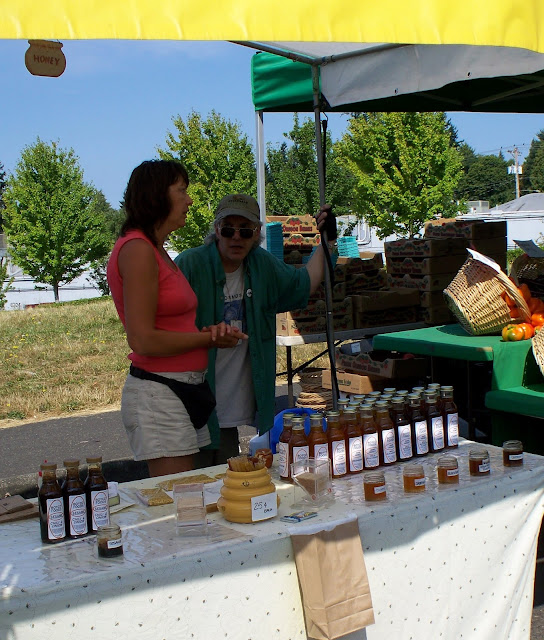 I don’t know about you but my allergies have been giving me six degrees of hell since June and nothing over-the-counter or prescription has helped. I read somewhere that a teaspoon of local honey can help build up your immunity because it’s made from pollen from local flowers. Seems pretty logical to me but have you ever tried to find local honey- even in the natural foods stores? Oh, the label will say but when you read where it was made it’s most often and is simply packaged in . Or it costs $15 for 3ozs! Thank you Boyco Foods! They had 10 varieties of honey all made locally. They even told the kind of plant the bees ate (that’s not the right word- what is?). Anyway, I went with red clover honey from Sherwood which is a town about 15 miles from us. I got an 8oz jar for $8! Happy days. I’ll let you know if I notice a difference but at least it's sweet medicine! 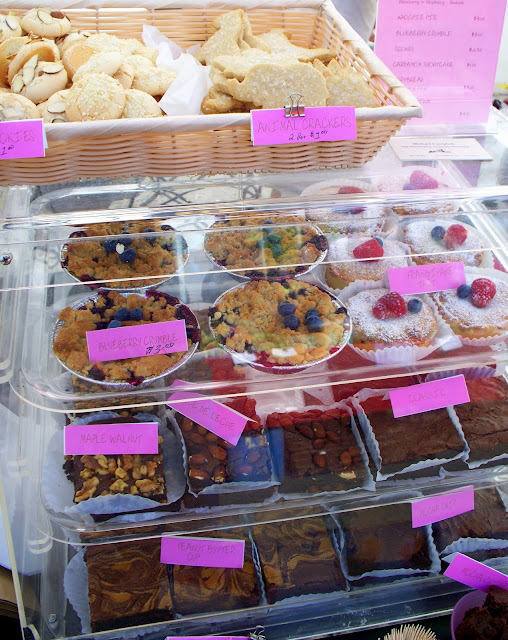 The finale? Some of the most amazing desserts I've ever seen from The Brownie Farm. I could easily have spent $20 at this booth alone but satisfied myself with a blueberry lemon scone. I got extra points from not inhaling it in the car on the way home. 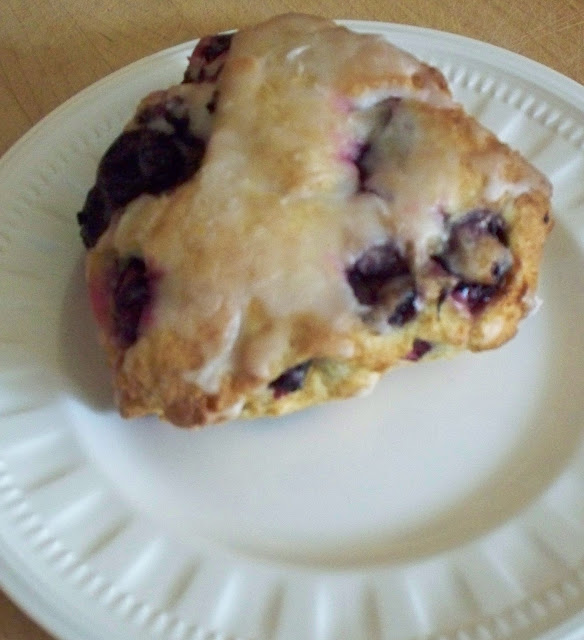 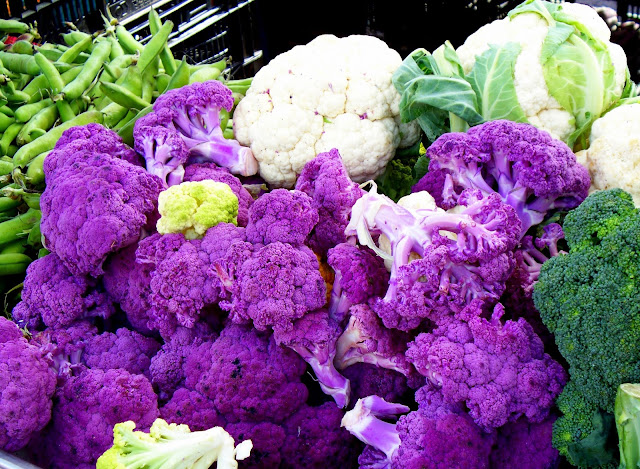 Purple cauliflower- I love it! 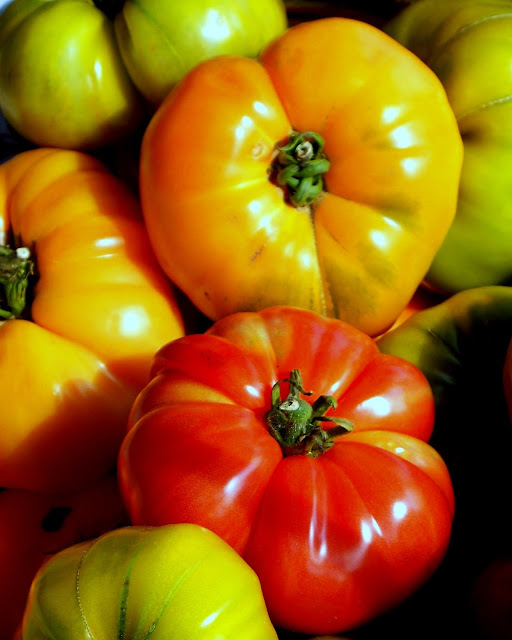 The heirlooms are hitting their stride 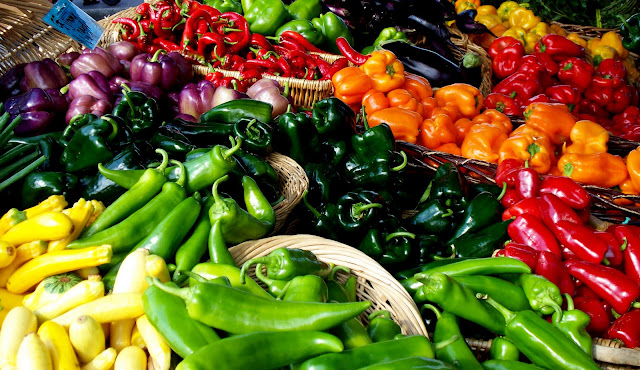 Who knew peppers come in almost every color of the rainbow? 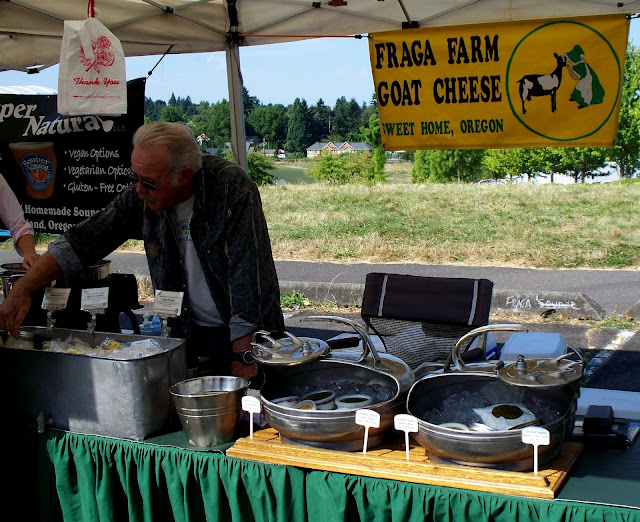 It was a nice way to start another sunny Sunday. Next time I’m getting the tamale!﻿