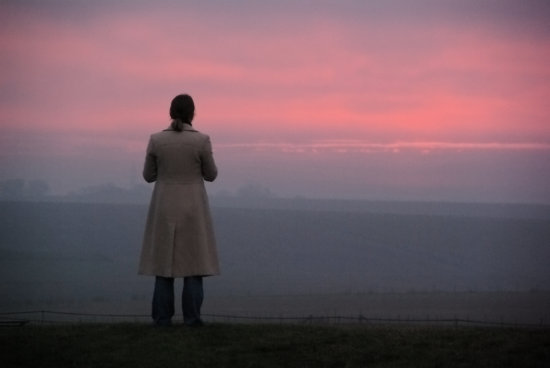 ﻿
I didn’t get married until I was almost 40 years old and so was quite used to taking care of myself in all respects. Additionally, my husband’s ex is an avaricious, vindictive, bad person, so I didn’t want our finances merged. In fact, they’re still separate. I loved him but I didn’t ‘need’ him and honestly couldn’t understand why he would want me to. As I put it, “I want to be with you. Isn’t that better than need?” I equate need with neediness which is a state I abhor. I had always taken care of myself so getting married for that reason seems completely foreign. He seemed to get it or at least acted like he did.

Eighteen months after I was diagnosed with MS I started having some real, let’s call them ‘digestive problems’. The kind you don’t want to talk about and honestly, no one wants to hear about. Bottom line (OK, that’s funny): everything I ate ‘disagreed’ with me so I started popping Immodium like Pez. After 6 months of no relief I saw my doctor who said it was likely IBS, many women suffered from it, and gaily proclaimed that 9 Immodium a day was no big deal; she had patients who took that much for decades but, just in case, she’d run some blood work, which came back inconclusive.

As much fun as I was having, I decide to see a specialist. They ran a very basic, not particularly glamorous, test and determined in less than 24 hours that I was rife with a particularly virulent little bit of bacteria called clostridium difficile. People who take a lot of antibiotics or have prolonged hospital stays suffer from this but it was never determined how I got so lucky. Thankfully, it can be cured by a pill but it only works on 50% of patients but the insurance company insists you take it and fail it before they’ll pay for the second medicine which has a much higher success rate. So, you’re in for about 2 months of meds- during which you can’t take Immodium because that allows the bacteria to sit in your intestines and proliferate.

I’ll cut to the chase. I had basically turned my intestines into a c.diff playground and so failed the first medicine. I had to go on the second which meant all told I went through 8 weeks of antibiotics which killed off EVERY bit of bacteria in my guts- including the healthy kind. Between my foolish actions, the disease, and the cure I was no longer able to process food. I was hungry, I ate, I went to the bathroom. Up to 40 times day. I was in pain much of the time and was losing an alarming (but not surprising) amount of weight, from 135 to 117. I’m 5’9” so this was not attractive. I became so weak I was only comfortable walking while supporting myself along the wall. I remember looking at my concave stomach and feeling frightened. I looked at my face and while I had cheekbones like a knife edge my skin was grey, really and truly grey. The c.diff was gone but I was no longer healing; my body was simply shutting down and the doctors were running out of non-surgical options.

Even at this point, I continued my yoga practice at home, which largely consisted of forward folds and shavasana (lying on your back w/ eyes closed). At the end of one session I knelt in child’s pose, resting my forehead on my knees and with eyes closed whispered, “I submit. If there is a lesson to be learned show me. If it’s to be death, I accept as I know I can’t live much longer like this.” There was no voice from the universe only silence. The next day the response came in the voice of a wonderful therapist a friend had recommended. She was the only appointment I kept in those days even if all I did was lie on a couch while she chanted over me and burned incense. On this occasion I relayed my words and she replied, “Maybe there are two lessons and only one is yours. Maybe you need to accept being weak. So weak that your husband has to help you walk and feed you. The other lesson is you have to let your husband be strong. Let him take care of you. It’s his lesson too.”My initial reaction was to struggle against her words. My brain began with all the ways I was still ‘managing’ (what a silly word at that point) the situation by myself. Then my mind tired and my heart opened and I knew it to be true. The strongest thing my spirit could do was be weak. So I let go and learned what a man I’d married.

It would be nice if I was the type who had only to learn a lesson once but that’s not the case. In recent weeks I’ve struggled and raged about my future (as seen here, here, and here). When I’ve managed to cast off the fear-induced anger and embrace the vulnerable I’ve found again that I am not quite so alone. The path is mine but in opening myself to others there is support and comfort. Independent, yes. Alone, no.
health love relationships thoughts